In 1947 British rule in India came to an end and the subcontinent was partitioned into a Muslim East and West Pakistan and a majority Hindu India. The British Judge who drew the new borders of these states was Cyril Radcliffe, a secretive and territorial figure who had no prior knowledge of India. The result was catastrophic bloodshed as communities were divided, ancestral lands were lost and millions had to flee ethnic violence or the prospect of being stranded in a state where they would be a minority. Conventional accounts of the end of th 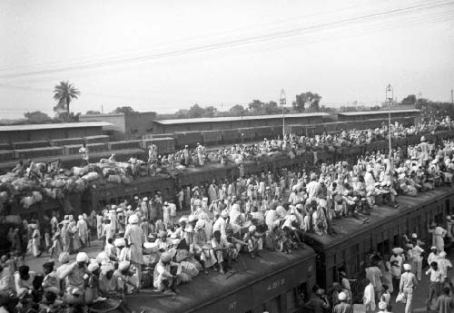 e British Empire and Indian Nationalist accounts of the struggle for liberation place the partition as a footnote in an otherwise palatable tale. British historians sympathetic to the imperial project have often presented the end of empire as an ordered and civilised affair. The reality was far different. It was an immense human catastrophe that Britain could distance herself from as she did not take part in the violence. However, the divide and rule politics of the raj, combined with an astonishing indifference and in some quarters, incompetence, led to mass bloodshed along the ‘Radcliffe Line’.

Watch the video below for more: