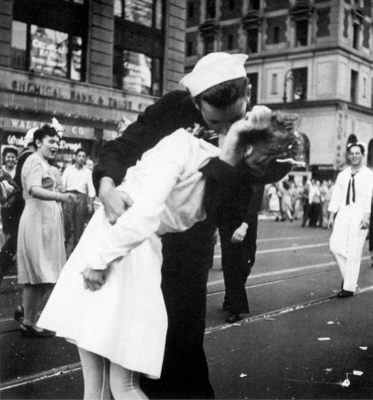 At the end of the Second World War, the United States of America emerged as the wealthiest society in human history. The contrast from the 1930s was stark; Britain, France and Germany had emerged from the great depression between 1933 and 1934, whereas mass unemployment was still prevalent in America in 1939. New industries, massive government help in the guise of the GI Bill for returning servicemen and a youthful population that had been unique across the world in actually experiencing rising living standards during the war all created the conditions for an enormous post war boom. America’s competitors in Europe and Asia were either physically devastated or, like Britain, mired in debt. The fact that America also emerged as a creditor nation meant that the post war generation would be fortunate to benefit from decades of prosperity. Many who had lived through the depression did not see it that way and there were fears of a return to depression once the war had ended and government orders for armaments dried up. By 1948, when no downturn had occurred, a shift in public attitudes was recorded and consumer confidence lifted America into a consumer boom, buoyed by cheap oil and credit that eventually fell away into recession in the 1970s.

Listen to the podcast for more

Also get the study notes here: